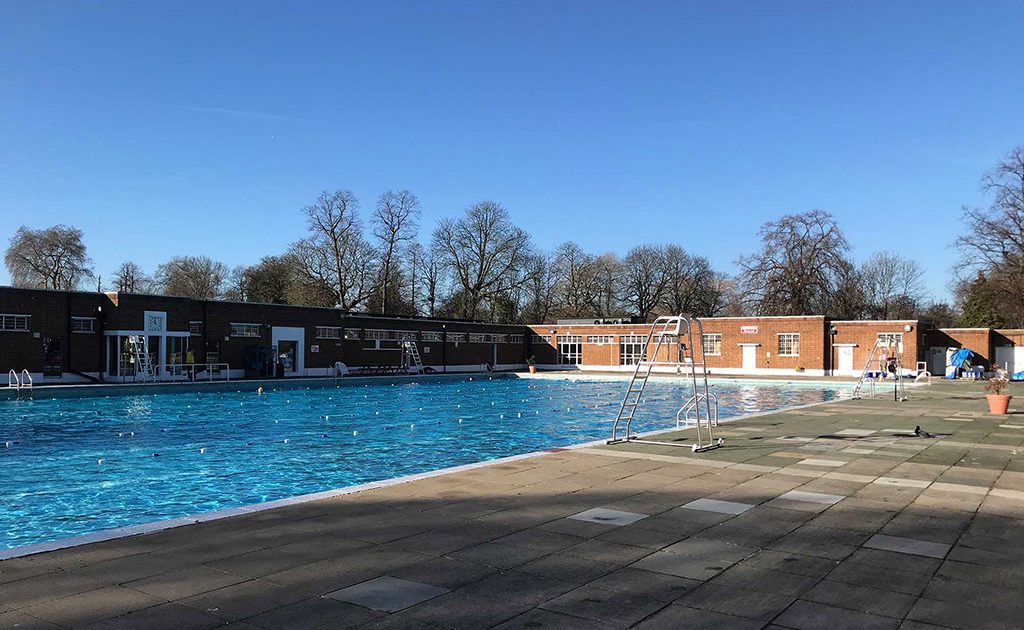 Sometimes grief and swimming seem inextricably linked. Writers and aphorists have connected the two for centuries, like the author Vicki Harrison

“grief is like the ocean; it comes on waves ebbing and flowing. Sometimes the water is calm, and sometimes it is overwhelming. All we can do is learn to swim.”

My father died in June last year and at times it’s been overwhelming, so I learnt to swim.

After I got the news of my Dad’s death, I limped through the funeral but then found myself listless, empty. My wife noticed it most. Part of the problem was the absence of grief, I hadn’t grown up with my father, he’d abandoned us, and I hadn’t really forgiven him. I felt waves of fury and despair and tended to drown in both. There was a hole where I should have been grieving. I felt I’d been robbed of him in death as I had in life. It led to some dark times.

I was looking for something to distract myself and soon focused on swimming as my new pet habit. This is because – the “neuroscience of habit forming” – as I like to call it – has made me understand that behaviour change is really about habits. The challenge was how to make swimming a permanent habit?

There is something utterly depressing about swimming in an indoor pool, as a friend told me “chlorine, urine and children.” I soon became bored. Habit forming is hard when there is a perception of poor return and so willpower wanes.

Then in the summer I started swimming in an outdoor lido in South London. One summer’s morning a jovial Spaniard called Viktor shouted out in the changing rooms “Oh I miss the cold” I started chatting and he talked about cold water swimming. He whispered to me “It’s addictive, in two months all these people have gone and we get the place to ourselves.”

I decided to stay on in September (coldest temp 16°) “Pah, this isn’t cold” teased Viktor. By October the temperature was below 15° and a polite, Health and Safety notice suggests to now don a wetsuit. One morning, the fear got too much. I turned up in a wetsuit (hoping Viktor wasn’t around).

An elderly female swimmer said to me “What on earth are you wearing that for? It’s not cold. Don’t be silly!”

I love swimming in cold water, it’s sensory overload. The immediate contact on the skin, the release of hormones and the feeling of aloneness and alertness.  But most of all the sauna next to the pool where conspiracies are hatched and there is much shaking from shivering and laughter.

As winter neared, my brain started to panic about hypothermia. One day in the sauna a woman looked at me ruefully “there is only one rule with hypothermia, if you feel like life is truly amazing and incredible, get out of the pool immediately.” “Why?” I asked. “Because it’s not…. you’ll find that’s hypothermia.”

By January I’d done my first swim at sub 4° (often referred to as Arctic). Afterwards I was feeling so chuffed with myself, but was grounded by meeting the incredible Julie, who had just swum 32 lengths under 5° known internationally as “the arctic mile.”

What has swimming taught me about habit forming?

What has it taught me about grief?

When you swim in cold water there are two voices in your head. One that screams fear, pain and diversion tactics to stop you. It invents reasons for not doing it and spreads dread and fear as you approach the water.

The other is a wiser, older, calmer, slower voice. As you enter the water at 2.9° it whispers “this is lovely, this is not cold. Get on with it. We need this.”

Those are also the two voices in my head when it comes to my Dad, one screams pain, shame and blame. It machine guns me with regret and guilt. It stops me moving forward.

The other is softer, more forgiving and gentler. It yearns to let go, “you did what you could. You got the best out of him. Just get on with your life.”

I know which voice I’m trying to listen to.

During the February half-term, I took my family to the Mary Rose museum in Portsmouth, one of the best museums...