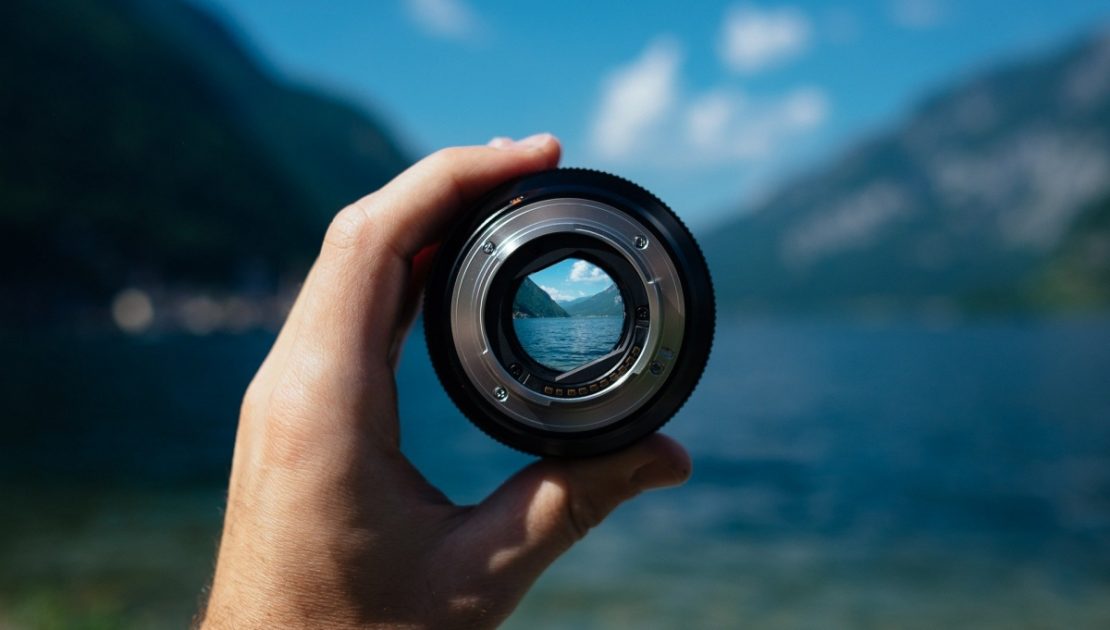 The Nobel prize winner, genius and author of Thinking Fast And Slow, Daniel Kahneman was recently asked to suggest the most significant scientific concept that could help mankind. He wrote that, in his opinion, it was The Focusing Illusion, summed up by the sentence:

“Nothing in life is as important as you think it is, while you are thinking about it.”

Put simply, by focusing on something we elevate its importance and so get blinded by it. What you think is the most important thing often isn’t, which means you’ve overlooked something that probably is.

This can be true for me in terms of presentation skills. I know when I’m at my best before a presentation or a pitch. I will feel ready, relaxed and tuned in. But I know when I’m at my worst, I’ll be overly worried by a very senior person who has entered the room, I’ll doubt myself or worry whether I’ve done enough to prepare. I have an “inner critic” that can be really vocal at this stage, telling me (with a thumping heart) that “they will ask a question that you can’t answer.” Over the years I’ve learnt to notice it but not get overwhelmed by it.

I once asked an eminent anthropologist why we fear public speaking so much. She told me

“It’s because we ultimately fear failure, being judged and being shamed. It’s all about our distant past. As apes, shame could mean social ostracization, being pushed to the boundaries where you are more likely to get killed. Failing at public speaking means at an unconscious level, you die!!”

So, given we are not going to die, what is the answer?

I have created a model that drives a habit, which I call the ABC of focus to remind myself of the Focusing Illusion: 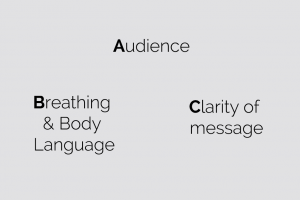 I have found it hard to remember that focus is a choice. Neuroscience tells us the brain is constantly navigating a path between reward and threat. If you want to minimise the threat state then control where you place your focus and identify what is a true risk. It will always be a struggle because the Focusing Illusion is not the only cognitive bias that will work against us. Here are two more!!

“The Illusion of Transparency” shows that we tend to overestimate the degree to which our thoughts or emotions “leak out.” Just because I feel nervous doesn’t mean other people notice it too.

“The Spotlight Effect” is also another one, the phenomenon in which people tend to believe they are being noticed more than they really are. I may think that people are thinking about me, but the truth is rather more prosaic.

So in summary, be mindful where you put your focus, audiences don’t see your nerves and nobody is that interested in you, anyway!!

I learnt that lesson early on in my career as a public speaking coach when I went to a workshop on how to handle nerves. The facilitator was a Russian called Irina, a formidable, former actress, whom I liked! One of the participants complained that audiences were intimidating because they could “see through her and could see she was no expert.” Irina replied in a sentence that I hold almost as dearly as Kahneman’s. “Darling, nobody gives a damn about you. Nobody ever has and nobody ever will. Get up there and tell them what they need to know, then sit down and get on with your life.” So very true.

Now should you be reading this blog? 😉

So come and talk to us at Talking Ape about our acclaimed Presentation Skills programme where we have lots of tips and techniques on the ABC of focus, Audience, Breathing/body language and Clarity of message.